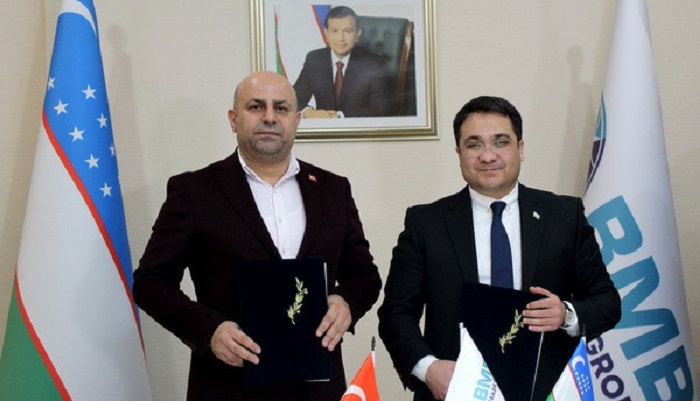 On January 12, 2021, with the assistance of the Ministry of Agriculture of the Republic of Uzbekistan, negotiations were held between the Chairman of the Supervisory Board of BMB TRADE GROUP Bekzod Mamatkulov and the head of ADAGA FOOD AND CONSULTING Co. (Republic of Turkey) Zeki Yusufoğlu on the prospects for the use of bioorganic fertilizers in Uzbekistan.

The next day, the Turkish delegation visited the BMB Agro Trade subsidiary located in the Arnasay district of the Jizzakh region and got acquainted with its activities.

A logical step in the negotiations was the signing on January 15, 2021, of an agreement on joint activities between the parties, involving the creation of experimental plantations of agricultural products in the Jizzakh region, where the effectiveness of organic fertilizers from Turkey will be tested for the first time.

Turkish company ADAGA Food and Consulting Co. was founded in 2011 and is aimed at developing the production of bioorganic fertilizers based on chitosan. It brings together the potential of highly qualified engineers, chemists and agronomists. ADAGA Food and Consulting Co. plans in the future the implementation of bioorganic fertilizers in the countries of Central Asia and the Caucasus.

In turn, the BMB Trade Group company is widely known for successfully implemented investment projects with the participation of foreign capital and the provision of consulting services to foreign companies in establishing and developing business in the Uzbek market.

In accordance with the agreement, the contribution of the Turkish investor will be the provision of an experimental batch of organic fertilizers, funds for the work of highly qualified agronomists in the sown areas of the Jizzakh region, as well as laboratory research.

Prototypes of the harvest of the grown products will undergo laboratory analysis for compliance with international standards, issue quality certificates for further export to foreign markets.

As a result of the experiment, the parties intend to hold a number of practical seminars in Uzbekistan jointly with the Ministry of Agriculture of the Republic of Uzbekistan to disseminate positive experience in the use of biofertilizers from a Turkish manufacturer.