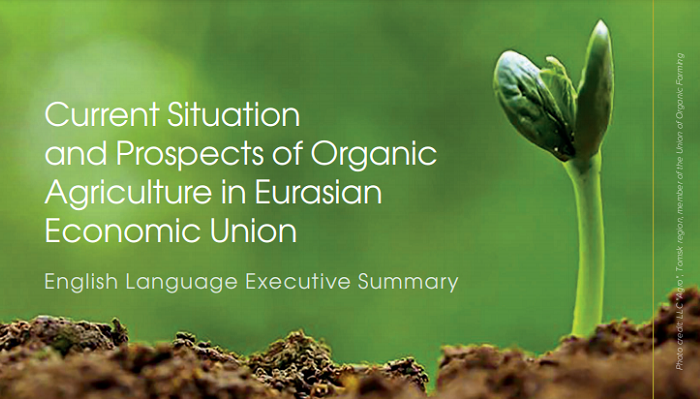 This report was prepared by a team of authors led by Artavazd Hakobyan (Senior Agricultural Economist at the World Bank). The team of authors included Sergey Lamanov (Deputy Head for Research at the Center for Infrastructure Economics, Senior Researcher at the Council for the Study of Productive Forces under the Ministry of Economic Development of the Russian Federation and an expert from the World Bank), Roman Romashkin (Deputy Director of the Eurasian Center for Food Security, Moscow State University V. Lomonosov). The document was prepared on the basis of country studies conducted in 2019 by World Bank experts from the member states of the Eurasian Economic Union (EAEU):

The main provisions of the report were presented by the authors and experts at the IV Annual International Conference on Food Security in the Eurasian Region, Yerevan, October 30, 2019. The report is aimed at a wide audience. We believe that it will be useful to all stakeholders in the developing sector of organic agriculture in the EAEU countries: producers and consumers of organic products, government regulatory bodies, development institutions to support organic agriculture, supranational institutions of the EAEU, public associations and thematic media.